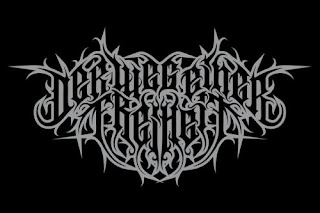 Der Weg einer Freiheit is not the biggest name in black metal, but it might just be that this band will draw some more attention in the next few years. With two albums out now, it seems only a matter of time before this band gets noticed by more people. Nikita (bass/guitar) introduces the band.

- Who are the people behind the band? How long have you been involved in listening to and creating black metal?
Our band was officially born in early 2009 with the release of our selftitled debut. Singer Tobias J. and I met several years ago through the local underground and had a band Frostgrim that, however, split up in 2007. At this point of time I started to write tons of new material that later ended up as the songs on the first DWEF album. At the begininng I didn’t think about launching a band with this new stuff because I mainly wrote the songs for myself. But when it came to the recordings the result turned out surprisingly good and I thought it was indeed a good idea to release the music and share it with others. With the re-release of the debut in 2010 we found drummer Christian who sadly had to leave us one year later with the release of “Agonie” in summer 2011. However, we're happy to have found replacement in Tobias S. who is now a full-time member in DWEF and also played the drums on the new album “Unstille”.

- Der Weg einer Freiheit is a pretty melodic band, but also quite fast. Which bands do you see as your biggest influences?
I think I got into Black Metal with German bands like Nocte Obducta, Nagelfar, Orlog, Helrunar but also Scandinavian stuff like Dissection, old Dimmu Borgir, Emperor and bands like these. So these were some major influences on our music and taste in general. 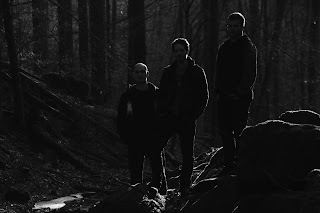 - In Germany there are a lot of different kinds of black metal bands. The orthodox, pure satanic bands like Katharsis for example and national socialist bands like Absurd. Der Weg einer Freiheit doesn’t seem to follow any extreme  concepts. What is the band all about?
Yes, you're right – we don't follow any political or religious themes. Our songs are about the nature of the human being, life and death but also about earth, time and everything that follows us where ever we go and what ever we do. We try to express our feelings, memories and thoughts about life in general through the music and lyrics.

- Most black metal bands have some sort of message to spread. Most of the time it has something to do with religion, satanism or individualism. The name of your band suggests some sort of individualism too. Is that correct?
Yes, our band is also about individualism. Even more precisely it's about our own individual freedom in making music and in general the freedom in our lives. We like and respect the bands that sing about religious, satanic stuff if the music is well done and touching. If it sucks and it's all about the image and stuff like that, then we can't take it so seriously.

- Why are the lyrics in German?
German is our mother tongue and for me it's kind of logical to express myself with words I know best and since the beginning of my life rather than a write in a language I'm not 100% familiar with. 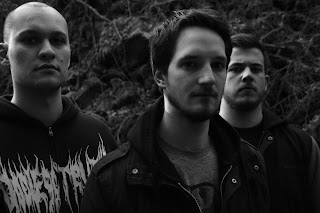 - Now your new album, Unstille, is released. I didn’t have a chance to hear it yet. What are the main differences to the previous two releases?
I guess there aren't so many differences as one may think. I'm generally not out for writing something completely new and unexpected – rather find an own and unique style and not sounding different on every new record. But I would say with the new album we have expanded the musical bandwidth between fast and slow, aggressive and calm as well as loud and silent. It was always important for us to contrast two musical extremes and combine these logically and comprehensibly within one song. "Unstille" is a bit faster and even more blasting than the last releases and also darker and more gloomy regarding the melodies. You may need more time to get into the material as it's not as catchy as the older material.

- You’ve been touring with bands like Wolves in the Throne Room and The Black Dahlia Murder.  Any wishes for future tours?
We'll take what we get, hehe. Sometimes it's not up to us to decide about the bands we play with but of course we'd like to go on tour with bands we are in tune with personally and musically.

- As far as I know you have only been touring in Germany. Will you play live in other countries soon? The Netherlands perhaps?
Right, until now we've only played Germany and Austria. We'd love to visit other parts of Europe or maybe even another continent, we'll see! Maybe we'll come to the Netherlands in Spring next year, we're currently planing for a more extensive European tour.

- The German black metal scene is quite vivid. Do you recommend certain bands?
Yes there are some really promising acts like Lantlôs, Membaris, Imperium Dekadenz, Agrypnie, Heretoir and of course some older stuff which is still great like Nagelfar, Orlog, Drautran for example. These bands are all worth a listen!

- Any future plans or dreams? What would you like to achieve with Der Weg einer Freiheit?
In the first place the band is about making music so we want to record stuff and play live as much as we can. Apart from that let's see what the future brings us!


- Thanks a lot for this interview!